Our nose is important to our health. It is an organ of smell and a main passageway for air into and out of the lungs. The nose warms, moistens, and cleans the air before it enters the lungs. Nose also contains the nerve cells that help our sense of smell. When there is a problem with our nose, the whole body can suffer. For example, the stuffy nose of common cold can make it hard for us to breathe, sleep, or get comfortable. Nose and sinus disorders afflict millions of people, causing pain, fatigue, headache, breathing difficulties and loss of smell, among other symptoms.

The bones of the face around the nose contain hollow spaces called as paranasal sinuses. There are four groups of paranasal sinuses: the maxillary, ethmoid, frontal, and sphenoid sinuses. Sinuses helps in reducing the weight of the facial bones and skull while maintaining bone strength and shape. The air-filled spaces of the nose and sinuses also add resonance to our voice.

Because of its prominent position, the nose is vulnerable to injury, including fractures. Bacterial nasal infections, nosebleeds, objects inserted in the nose, and polyps also can affect the nose. The mucous membrane of the nose may become inflamed (rhinitis). This inflammation may spread to the lining of the sinuses (rhinosinusitis).

Below are some of the most common signs and symptoms for Nose and Sinus disorders: –

A thorough physical examination is needed to determine the cause of nose and sinus problems. 2 important evaluation tests are mentioned below: –

Nasal endoscopy: – In this procedure, a narrow tube fitted with a tiny camera (called an endoscope) is passed through both the nostrils. For comfort, nostrils will be treated with a topical anaesthetic. The endoscope will help identify any swelling or blockage. Tissue samples will be taken for any abnormal growths.

CT scan: – A computed tomography (CT) scan of sinuses also may be recommended, along with a culture of any fluids draining from the nose. Blood tests may be ordered depending on other medical conditions.

Treatment depends upon the condition, results of diagnostic tests, and overall medical condition. Various treatment options are listed below: –

The recovery time will depend on the type of treatment and how invasive it is. For some simple conditions’ medication would be required. For invasive procedure the hospital recovery may take 1- 3 days. One can get back to daily activities very soon. For more invasive surgeries, one may need some more time to heal. Be sure to ask your doctor about what to expect during recovery from your surgery.

Treatment depends upon the condition, results of diagnostic tests, and overall medical condition. Various treatment options are listed below: –

1. How is Acute Sinusitis Treated?

Acute sinusitis is normally treated with antibiotic treatment for ten to 14 days. The symptoms disappear with care, and antibiotics are not needed for that episode anymore. To relieve the effects, oral and topical decongestants can also be prescribed.

2. What is the difference between Chronic Sinusitis and Allergies or Colds?

A cold or allergy attack is often accompanied by sinusitis. Inflamed sinuses may result in colds and allergies, causing the sinus openings to become blocked. This prevents drainage of normal mucus and can result in sinusitis.

3. What is nasal endoscopy?

An endoscope is a special fiber optic device for examining the inside of a hollow viscus or canal. It helps the nose and sinus drainage areas to be visually inspected.

4. Will any changes in lifestyle be suggested during treatment?

Smoking is never approved, but it is important to refrain during treatment for sinus problems if one has the habit. There is no need for a special diet, but drinking extra fluids helps thin the mucus.

5. What does the surgical procedure entail?

Under local or general anesthesia, the basic endoscopic surgical procedure is conducted. Within four days, the patient returns to normal activities; it takes about four weeks to completely recover.

6. What are the consequences of not treating infected sinuses?

Unnecessary pain and discomfort will result from not seeking care for sinusitis. Meningitis or brain abscess and inflammation of the bone or bone marrow may happen in rare cases.

You should seek care from an otolaryngologist—a head and neck surgeon, a doctor who can treat the condition with medical and/or surgical treatments, if you suffer from extreme sinus pain.

There are many reasons for headaches, including stress. But if you have the following symptoms in addition to frequent, recurring headaches, you could have a sinus disease, so make sure to talk with a doctor: 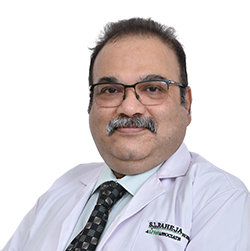 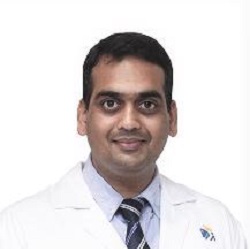 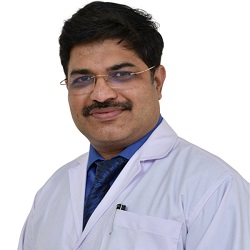 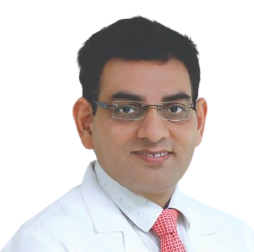 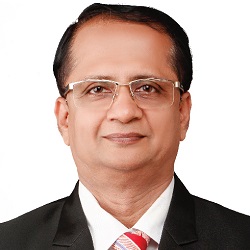 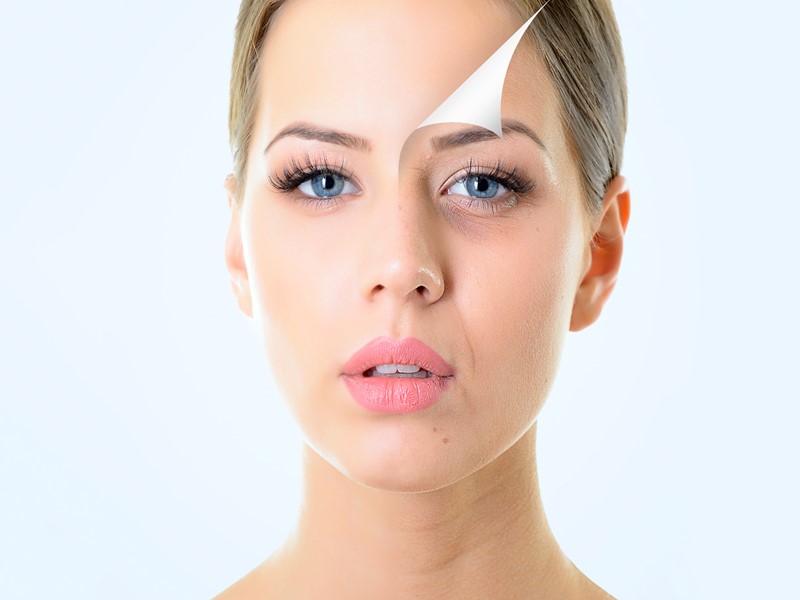 Facial appearance is accountable for people to feel good about themselves, and now people have options to get... 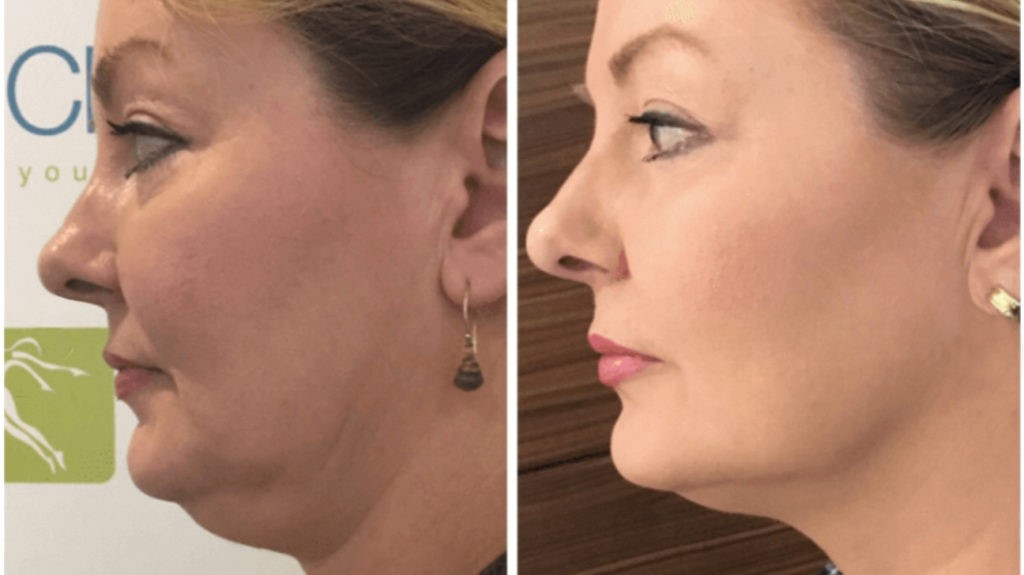 HIFU is a new cosmetic treatment that involves ultrasound energy for tightening facial skin conditions such as...

BEST COSMETIC SURGERIES IN INDIA UNDER ONE ROOF

Cosmetic surgeries are meant for giving an upgrade to your look and appearance. For people who have an intenti... 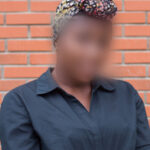 Hello, my name is Faith, and I am 36 years old, and few years ago I was diagnosed with uterine fibroids. I used to have severe bleeding, a huge belly and extreme cramping. Sometimes, my bleeding was so heavy, I could not go out. I tried all sorts of herbal and medicinal remedies but nothing helped.

Someone suggested I undergo surgery, but I was scared. So, I began to research and talk to doctors, but the reviews of getting treated locally were not so good, and I could not afford to leave to another country for the treatment.

One day, I saw an ad on Facebook where MedicoExperts was organizing a surgical & OPD camp in Nigeria and they were offering myomectomy by top Gynaecology surgeon of India. This was like a gift to me. I immediately got in touch with them and got myself scheduled for the surgery.

When I first got in touch with them, I was not very sure about them, but eventually, I build up trust by knowing how genuine they were. The gynaecology surgeons they are tie-ed up with are very good and well experienced. After days of keeping in touch with the MedicoExperts team, I finally got my surgery done. My surgery was successful and I am completely recovered now and feel so much better.

I am glad I chose MedicoExperts, I am very happy and better now. 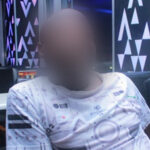 Radiotherapy for prostate cancer treatment by best uro-oncologist in India

Anthony, 58 yrs. old after undergoing radiotherapy and hormone therapy, shares his experience of getting prostate cancer treatment in India.

My name is Anthony Igwe, and I am 58 years old and I am from Ghana. I was diagnosed with stage 3 prostate cancer in Jan 2010. I had all the symptoms, uncontrollable frequent urination, blood in the urine, and a lot of pain and discomfort. My local doctors said I should get a surgery done to remove it, but I was not sure. I wanted to seek second opinion, someone who could help me better.

I stayed positive and began looking for second opinion from my local doctors, but I was still worried about getting good treatment in my own country. A relative suggested I visit the MedicoExperts Connect Centre in Ghana. When I went there with my reports, they reconfirmed what the reports suggested, but said that they could get me in touch with a doctor in India who can help me evaluate my situation better. After speaking to the Surgeon from India, I was informed that it was not necessary I undergo surgery as it could do more damage than good, getting radiotherapy along with hormone therapy was a more logical option. They recommended sessions of radiotherapy. They asked me if I was willing to travel to India for my treatment. I had heard a lot of good things about the facilities in India and their doctors, and I felt I should get my treatment done in India. The team was kind enough to help me make a choice according to my preference.

MedicoExperts team was really empathetic and caring throughout my treatment in India. They would check up on me and help me if I needed anything in particular. The team of doctors and attendants that I had too were very understanding and proactive. They genuinely cared about my well-being which also helped me stay positive and get better. Thank you team MedicoExperts. 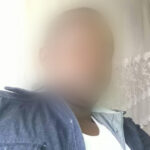 Mr Daniel Banda never knew much about prostate cancer before his diagnosis. Now, after radical prostatectomy in India, he is surviving the odds and also spreading awareness.

Hi, I am Daniel Banda, 49 years old from Nigeria. I decided to get a general check-up done, which included PSA test. When my results came, the PSA levels were surprisingly high and I was asked for further evaluation which included biopsy. After my results, I was told I had localized prostate cancer and could get a surgery done. I always believed that prostate cancer was the disease of an old man before my diagnosis.

I found out about MedicoExperts through a Facebook ad about prostate cancer. I dropped an inquiry and they got back to me pretty quickly. I discussed with them about my symptoms and conditions, and after sharing reports, they told me I could undergo radical prostatectomy. However, I had to travel to India for getting this treatment. I was a bit worried about travelling so far for surgery. MedicoExperts team got me to consult with the surgeon directly, which helped me build trust.

After the initial doubting phase, I was able to make my decision to travel to India. I must say the MedicoExperts team is very thorough. They urged me to ask and clear all my doubts with the uro-onclogist in India before my travel plans. I discussed all the possibilities of side-effects and how long will I take to get back to my normal routine. This helped me prepare for the surgery better and also mentally be prepared for the side-effects. My overall experience was good and I would definitely recommend MedicoExperts for any treatment.