According to the WHO, currently, more than 55 million people worldwide are living with dementia. Ten million new cases every year. Dementia is the seventh leading cause of death globally among all diseases and one of the significant causes of disability and dependency among older people.

Alzheimer’s disease is a common form of dementia that compromises 60 to 70 percent of the cases.

Typically the treatment of dementia revolves around managing the symptoms and slowing the effect of dementia. So that your parents remembering, thinking, and behavior do not get much affected. However, the sad part is that despite the treatment, it keeps on getting worsen.

Let’s read what a patient family member has shared their experience with Alzheimer’s disease treatment through stem cells therapy.

Jagdish’s father, Mr. Ram, is a 62-year-old retired person who loves spare time with her grandchildren and shares his life experience with others. He enjoys laughing and gossiping around with his friends over a walk.

Jagdish noticed that Mr. Ram couldn’t remember what he had eaten at dinner or breakfast for the last few months.

Jagdish discussed this with friends and relatives. Everybody said it’s because of age.

A few months down the line, he can’t remember the name of the family member. Jagdish decided to visit the hospital and meet geriatric psychiatrists. The doctor diagnosed it as Alzheimer’s disease.

The doctor prescribed the medication. Mr. Ram has been taking the medication for the past one and a half years but his condition is deteriorating with time.

Jagdish is feeling very sad and helpless because he is what he is because of his father. His father has devoted his whole life to the family. Now his father is losing the memory.

His father is not able to recognize his mom, his brother, and even Jagdish.  Jagdish can’t believe that his father now cant recognises his kids with whom his father used to play very fondly.

The family cannot leave Mr. Ram alone as he cannot go out by himself. Last week when he went outside alone, he forgot the way back, and we found him with great difficulty while searching for him on the roads.

He slowly forgets everything, and the doctor said he is going to forget the routine activity.

Jagdish has consulted many specialists regarding his father’s condition, but no improvement is noticed. One of the Neurologists suggested DBS (Deep Brain Stimulation), which gives some relief to patients with Alzheimer’s. However, Jagdish can’t afford such costly treatments.

As conventional medicine was not working and not giving the results, then Jagdish tried herbal medicines also.

One day Jagdish got to know about stem cell treatment while searching for alternative treatment for Alzheimer’s disease. He got in touch with MedicoExperts. Our patient care executive explained the treatment and arranged a video call with Medicoexperts empanelled stem cell expert, who successfully treated the dementia patients. The doctor cleared all his doubts.

After getting convinced, Mr. Ram’s treatment got started. After 5 to 6 months, he could do his daily routine activities by himself, like wearing clothes, bathing, eating, and calling people by name. A few months back, he started going to the park and occasionally found laughing and gossiping with his friends.

Before starting the discussion on the treatment, Let’s understand more about dementia, types, symptoms, causes, and treatment options.

Before understanding the treatment, let’s first understand dementia itself.

Dementia is a group of symptoms that affect your memory, thinking, and social abilities to the point where they interfere with your daily activities. A single disease doesn’t cause dementia, but a number of them can cause it.

Alzheimer’s disease is the most common cause of progressive dementia in older people, but various other conditions can also cause dementia. Some dementia symptoms may be reversible, depending on the cause.

What are the most common types of dementia?

Other issues such as difficulty walking or talking, as well as personality changes, arise after that. The most significant risk factor is family history. Having a first-degree relative with Alzheimer’s disease raises your chances of getting it by 10% to 30%.

Strokes or other problems with blood flow to the brain are linked to about 10% of dementia cases. High blood pressure, diabetes, and high cholesterol are all risk factors.

Symptoms vary depending on which part of the brain is affected and how large it is. The disease progresses in stages, which means that as the person has more strokes or mini-strokes, their symptoms will suddenly worsen.

In addition to the more common symptoms of dementia, such as memory loss, people with this type of dementia may experience stiffness or trembling in their movements or balance.

Changes in alertness, such as daytime sleepiness, confusion, or staring spells, affect many people. They might also have trouble sleeping or experience visual hallucinations (seeing people, objects, or shapes that are not there).

Because it affects part of the brain, this type of dementia frequently causes personality and behavior changes. People with this condition may cause embarrassment or inappropriate behavior.

A previously cautious person, for example, may make offensive remarks and neglect responsibilities at home or at work. Language skills, such as speaking and understanding, may also be a problem.

Multiple types of dementia can exist in the brain simultaneously, especially in people over the age of 80. A person may have Alzheimer’s disease and vascular dementia.

Dementia may have a reversible underlying cause, such as medication side effects, increased brain pressure, vitamin deficiency, or thyroid hormone imbalance.

In patients who are concerned about dementia, medical providers should check for reversible causes.

Because dementia is such a broad category, the symptoms can differ significantly from one person to the next. Dementia patients have issues with:

Signs that may point to dementia include:

Determining the type of dementia and how to diagnose it can be difficult. To diagnose dementia, a doctor must first recognize the pattern of loss of skills and functions and determine what a person can still do. Biomarkers have recently become available to help with the diagnosis of Alzheimer’s disease.

Your doctor will go over your medical history and symptoms, as well as perform a physical exam. They will almost certainly inquire about your symptoms from someone close to you.

Because no single test can diagnose dementia, doctors will likely perform a series of tests to narrow down the problem.

Doctors will evaluate your ability to think. A series of tests are used to assess cognitive skills such as memory, orientation, reasoning, judgment, and language and attention skills.

Your memory, language, visual perception, attention, problem-solving, movement, senses, balance, reflexes, and other areas are all evaluated by doctors.

CT or MRI: These scans can detect signs of a stroke, a bleed, a tumor, or hydrocephalus.

PET scans: These can reveal patterns of brain activity and whether amyloid or tau protein, both of which are key features of Alzheimer’s disease, has accumulated in the brain.

Physical problems that can affect brain function, such as vitamin B-12 deficiency or an underactive thyroid gland, can be detected with simple blood tests. Infection, inflammation, and markers of some degenerative diseases are sometimes looked for in the spinal fluid.

Although most forms of dementia are incurable, there are ways to manage your symptoms.

The following treatments are used to alleviate dementia symptoms temporarily.

Several dementia symptoms and behavioral issues may be treated initially without the use of drugs, such as:

Alzheimer’s disease is treated using a new approach called stem cell therapy. It requires injecting Mesenchymal Stem Cells into the body in a systemic manner. These stem cells, when used in large doses, can locate and repair inflammation in the body. This one-of-a-kind property of stem cells could make them a viable Alzheimer’s disease treatment.

Mesenchymal stem cells (MSCs) have the ability to differentiate into a variety of cell types in the body, including bone cells, cartilage, muscle cells, and even neural cells. They are primarily found in each person’s bone marrow and remain dormant until called upon to aid in the body’s healing process.

The possibility of halting the progression of Alzheimer’s disease as well as regenerating damaged neurons, rather than just slowing it or managing symptoms, is what makes stem cell therapy for Alzheimer’s so exciting.

Stem cell therapy is a straightforward and completely risk-free procedure that involves only injections and no surgery. Adult stem cells are extracted from the patient’s bone marrow and injected back into the patient after being processed in a specialized stem cell laboratory.

A needle is inserted into the hip bone to extract the bone marrow in this procedure. The procedure is performed under local anesthesia to ensure that the patient is not in any pain.

The patient’s bone marrow is taken in step 1 and sent to the Stem cell lab, where the stem cells are separated from the rest of the bone marrow cells using the density gradient method.

After administering a local anesthetic, a lumbar puncture is performed with a very thin needle through the L4-L5 space of the spine, and the stem cells are injected into the cerebrospinal fluid.

In comparison to the cost of the same treatment in other countries, dementia treatment in India is relatively less expensive. This cost-effectiveness is achieved by combining the best specialists with hospitals that are well-equipped with the most up-to-date I and technology to ensure a successful outcome.

In India, stem cell therapy costs start at $2,000 per cycle, depending on the patient’s current condition, treating doctor, and recommended protocol. The patient will be required to stay in India for 10 to 30 days, with the possibility of extending the stay to 45 days in some cases.

Stem cells have the ability to differentiate into brain cells, and as a result, they may be able to repair brain damage caused by neurological conditions like dementia.

2. What types of stem cells are used to treat Alzheimer's?

3. What is the difference between dementia and Alzheimer?

Dementia is a broad term for a loss of mental ability that interferes with daily activities. The most common cause of dementia is Alzheimer’s disease. Alzheimer’s is a specific disease. 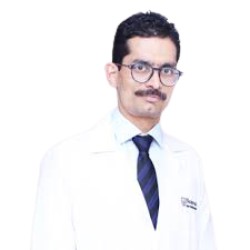 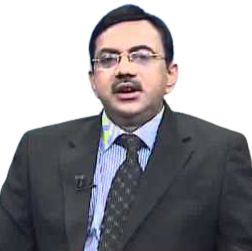 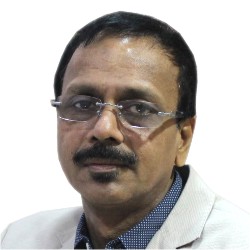 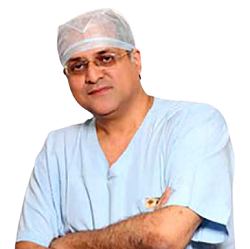 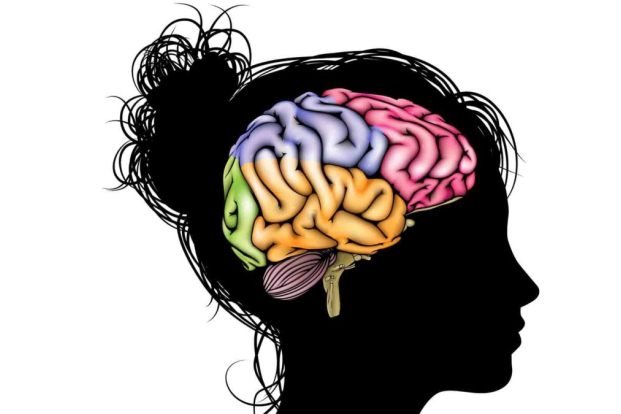 6 Neurological Disorders that can be treated by Stem cell therapy 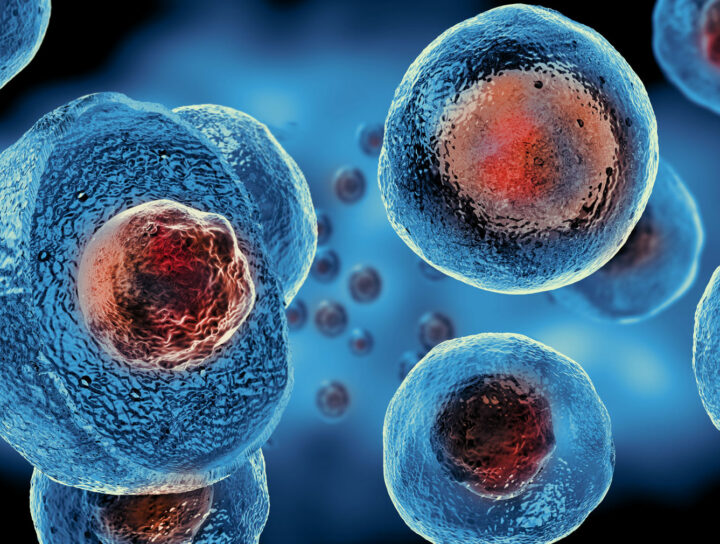 Will Stem Cells work for your kid?  There are so many instances where patients are not able to see the... 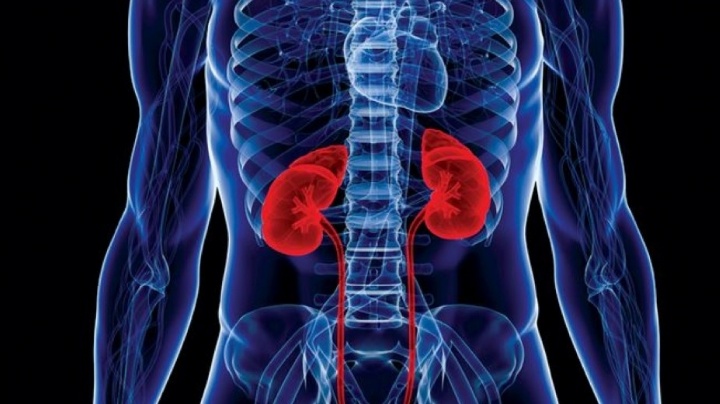 Stem cell therapy has shown a prospective solution to cure serious kidney disorders in the recent past. India...

VIEW MORE DETAILS
Hi, How Can We Help You?
Contact us, we are here to help
Make an Appointment
Get Appointment