Let’s share the experience of one of our patients.

Samuel is a 52-year-old owner of a tour and travel company in Addis Ababa, Ethiopia. He has been running his business for the past 25 years. He has a pretty wife and two kids, both of them studying in the USA.

Samuel’s dream is to become a very successful businessman in his country, and he wanted to have a long vacation in Europe with his wife.

Samuel was so busy in his business that he compromised his health and worked for hours without caring for his health. He also had the bad habits of smoking and drinking alcohol. One day when he was getting ready for his work, he fainted. His wife Laura called their family doctor for a checkup. The doctor advised Laura to have a full-body health checkup to find out the root cause.

The next day Samuel went to the hospital to have the checkup done.

Reports came, and his creatinine level was 6, which indicates severe kidney damage. The doctor suggested him for weekly dialysis and medication.

After a few years, the decline of kidney function was gradual but continual. His wife, Laura, had seen this decline first-hand, was heartbroken to watch her husband suffer, and was willing to do anything possible to save her life.

One of the most visible signs of Samual’s illness was the swelling of his limbs that affects many patients with kidney disease.

Samuel was getting his dialysis done regularly, but he knew that a kidney transplant was his best option for recovery, as his kidney functioning had reduced at three percent.

His research understood that dialysis was only a supportive therapy for kidney disease symptoms and not a cure for the disease itself. Without a transplant, dialysis must be done a few times each week for life.

To save the life of Samuel both of his sons were willing to donate their kidneys to his father. They both were very informative and brave. They did HLA match testing, and the elder child’s kidney was declared suitable for transplant.

Samuel’s wife Laura had done very well research on kidney transplantation options in different countries. Her sons checked in the USA, and she also explored India, Thailand, and Singapore. Being an educated family, their concern was to create a perfect balance in the success rate and affordable cost. During that stage, she got in touch with MedicoExperts, and the team helped her to make the right and informed decision.

They eventually selected India to conduct the transplantation. MedicoExperts patient care executive helped her further to zero down the doctor and hospital as per her budgets and concerns. The family consulted with three doctors, one from Delhi, One from Mumbai, and one from Bangalore, sitting there in Addis.

After a few weeks of the decision, all the documentation work was done, and she traveled to India with her husband and elder son.

Samuels got admitted, an evaluation was performed, and finally, the transplant day came after all the paperwork in India. Laura was in a deep panic as her two important family members were being prepared for the surgery.

She was absolutely relieved listening to the news that the surgery was successful and both his son and husband were fine. Samuel was given anti-rejection injections after the surgery. The doctors and their team took good care and monitored the progress very diligently.

After three weeks, Samuel got discharged. The doctor had asked him to stay in India for one more month to monitor Samuel’s progress. Laura was very happy with the whole process.

After four months, Samuel was back in his rhythm without any tiredness and weakness. No dialysis anymore.

There are many case studies of so many patients where families got a second lease of life with skillful surgeries and favorable outcomes.

Organ Transplantation is a medical procedure in which a failing or damaged organ is removed from a patient’s body and replaced with a functioning one. The donated organ may be from a living donor or a cadaver donor.

Organs that have been successfully transplanted include the heart, kidneys, brain, lungs, pancreas, intestine, and thymus. Organ transplantation is often the only treatment for end-stage organ failures, such as kidney failure, liver, and heart failure.

Organ transplantation is often lifesaving and gives the recipient a wonderful new lease of life. It is also a major surgery that carries potential risks, such as the chances of organ rejection. That is why one needs to gather as much information as possible on organ transplants, before deciding to go for it.

Different types of transplantations are listed below: 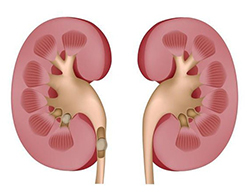 Kidney transplantation is a surgical procedure that’s done to treat kidney failure. The kidneys filter waste from the blood and remove it from the body through urine. They also help maintain the body’s fluid and electrolyte balance.

If kidneys stop working, waste builds up in the body and results in various issues.

People whose kidneys have failed usually undergo dialysis, which mechanically filters waste that builds up in the bloodstream when the kidneys stop working.

To know more about the Kidney transplant, In a Liver transplant patient’s diseased liver is replaced with a healthy liver graft from a donor. Donor liver graft can be obtained from cadaver donors, or a family member may choose to donate a portion of his liver to the patient.

To know more about Liver transplants 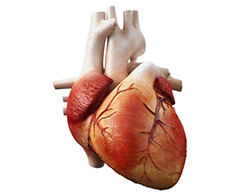 In heart transplantation, a healthy heart from a cadaver donor who has suffered brain death is used to replace a patient’s damaged or diseased heart.

Due to the complexity of this procedure, strict medical criteria are imposed in assessing whether a donor’s heart is suitable for transplant and whether a potential recipient is suitable to receive the transplant. In Lung Transplantation One lung or both lungs from a  cadaver donor are used to replace a patient’s diseased lung or lungs. 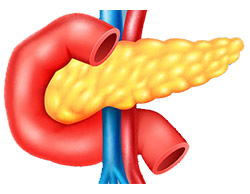 This type of transplant is commonly done on type 1 diabetic patients whose pancreas doesn’t work properly. 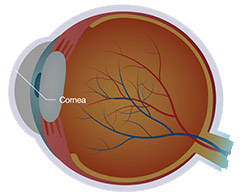 In Cornea Transplant damaged or cloudy cornea can be replaced surgically with a healthy, normal cornea, donated by another individual. It helps restore vision to those blinded by corneal disease.

The amendment to the Act was passed by the parliament in 2011, and the rules were notified in 2014.

The essence of this legislation are :

The main provisions of the Act (including the amendments and rules of 2014) are as follows:

Estimate Cost for different types of Organ Transplantations in India

1. How are organs from cadaver donors distributed?

Generally, donated organs are matched with individuals on an organ waiting list. Matching is based on a variety of factors including blood and tissue types, medical need, length of time on the waiting list, and weight of donor and recipient.

2. How long does the donor remain hospitalized?

After their surgery, the donor will typically remain in the hospital for four to seven days.

3. How long before the liver donor is fully recovered?

On average, most donors are fully recovered after three to six weeks. However, every donor’s recovery time is different.

4. Does becoming an organ donor mean that I won’t be eligible to receive the best medical care possible?

Your decision to donate an organ has no effect on the quality of medical care you can receive.

5. How long before the living donor recipient is fully recovered?

On average, most recipients are fully recovered after 3 to 6 months. However, this will depend on the severity of their condition, their age, and their general health.

6. What kind of lifestyle changes do you need to make after organ donation?

The only other lifestyle change we encourage is for transplant patients not to be involved in contact sports. We recommend that you stay active, avoid smoking and alcohol, and stick to a healthy diet.

7. Who can be the donor for transplantation?

There are two sources: cadaveric and living donors.

Cadaveric donors are individuals whose organs have been made available after brain death. As few cadaveric donations take place in India, living related liver transplantation is the only feasible option in our country. For living related transplants, a relative (usually parents) with a compatible blood type donates a portion of their liver to the child. Fortunately, the liver of the donor is able to grow back to full size in 812 weeks.

Living liver donors should be healthy adults, with a near normal body mass index (not obese) who have the ability to understand the procedure. The donor should have no medical, emotional, or psychological condition that could potentially increase the risk of this surgery.

8. What are the risks of transplant surgery?

There are risks with transplant surgery just as with any major surgery. Some immediate complications can include bleeding and blood clotting problems, respiratory problems, and malfunction of the donor’s liver. Long-term complications include rejection (when the child’s immune system does not accept the new liver) and infection. Fortunately, most of these complications are treatable.

We offer extensive medical procedures to outbound and inbound patients what it is and we are very proud of achievement of our staff, We are all work together to help our all patients for recovery 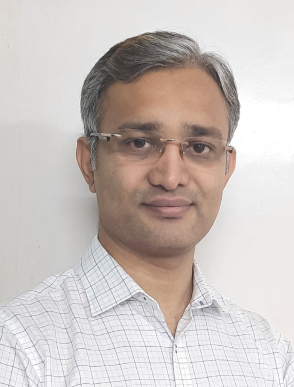 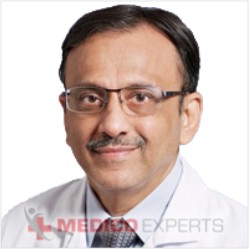 WHY DO YOU NEED A BONE MARROW TRANSPLANT? 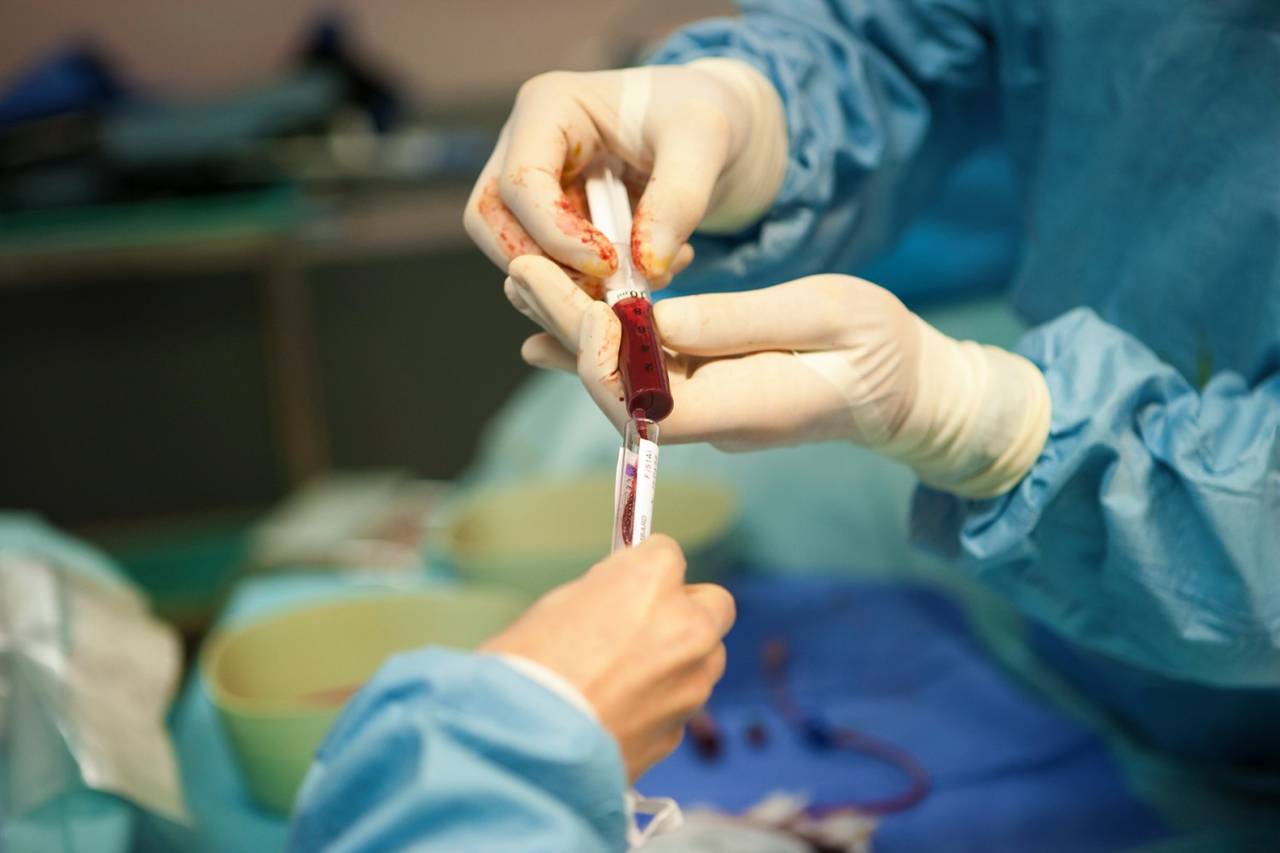 Bone Marrow transplant is a very important procedure to save someone’s life. As the absence of new blood cel... Besides promising treatment regimes such as bone marrow transplant and blood transfusion, living with sickle c... Blood cancer is a complicated disease from diagnosis, treatment and prognosis point of view, a careful review...

EVERYTHING YOU NEED TO KNOW ABOUT LIVER TRANSPLANT IN INDIA

The liver, the largest internal organ in the human body has an interesting facet to it. It is the only organ t...

The liver is undoubtedly one of the most important organs of the human body. Located in the upper right quadra...
Leave a comment Author MedicoExperts

SICKLE CELL ANAEMIA TREATMENT IN INDIA: A GUIDE FOR PATIENTS AND CARETAKERS

Having a bone marrow transplant procedure can be very challenging; be it physically or emotionally. It is thus... 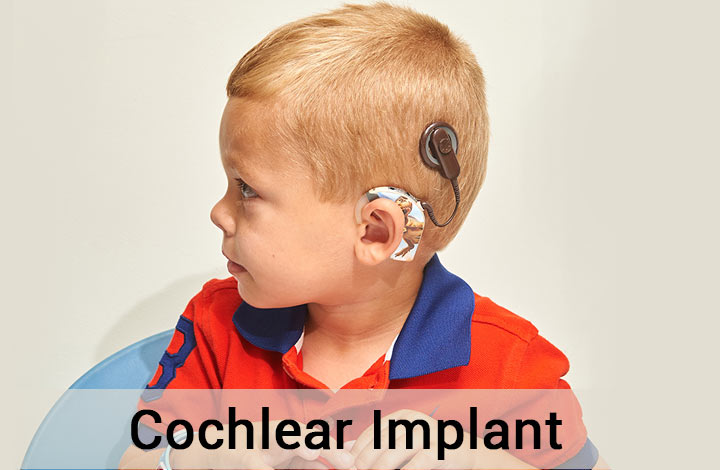 If one is looking for stomach cleanser - read up on benefits of Triphala. Its great for all around cleaning of not only stomach but entire body. Got relief from gas, heartburn & constipation Good product as expected & value of money.

I have constipation and lots of time I need supplements to relieve the ailment, even though I drank a lot of water, exercise and eat a lot of veggie. Accompanied with other supplements, I start to go regularly without any straining. I did some research on many benefits of triphala and there is no overdose risk. I will continue to take it for my overall health.

I feel the product is 100 % natural as the taste is same as the fruit itself ie slightly bitter but we can drink easily. Instead of using chemical laxative go with herbal powder. It detoxifies your body and cleans stomach. Value for money and gives really fast result.