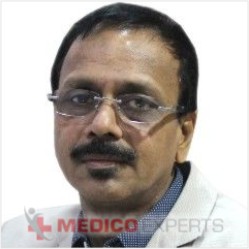 Dr. Pradeep Mahajan’s academic career until junior college was in his native place itself. A strong guiding force for his school teachers changed his focus towards studies, and he decided to pursue further studies in medical sciences.

He had been a bright student throughout his academic journey. A medical graduate from Marathwada University, Dr. Mahajan has earned his diploma in Urology from the University OF Vienna, Austria.

During his post-graduation years, Dr. Pradeep Mahajan was awarded for his exemplary performance amongst the successful candidates who had appeared for the M.S (General Surgery) examination, held in November 1987 by Marathwada University.